How I will represent you

For me, politics is about doing things with people, not to them or for them.

I didn’t inherit money or power and have made my own way in life – as have most of the people I meet on the doorstep. Yet it seems a large amount of the wealth and power in this country is still held by people who have done very little to earn it.

It’s vital that County Council decisions continue to be made in public, which is why I’m fighting this campaign to win the seat. Only the Liberal Democrats can form a sizeable opposition at the County Council and prevent decisions from being made behind closed doors.

I’ve chosen to go into politics after having built my career elsewhere. I think that starting several businesses from scratch and learning from the failures as well as the successes has given me a useful perspective on the world. It’s amazing what different experiences can teach – like for example the film I produced with a whole village in Oxfordshire, which taught me how to work with whole communities to get things done.

Taking control away from unaccountable power holders and giving it back to the communities it affects is why I’m in politics. And doing things with people, not to them or for them, is how I will do it.

One of Steff’s more notable projects was romantic comedy feature-film Tortoise in Love, which was made the entire village of Kingston Bagpuize in Oxfordshire. Local people put up the cast and crew in their homes, the Women’s Institute did the catering, and the local hair salon opened at 5am to get the cast through hair and make up. Tortoise in Love premiered in London’s Leicester Square where the red carpet was flanked by tractors and watched live by 5 million people before being sold around the World. 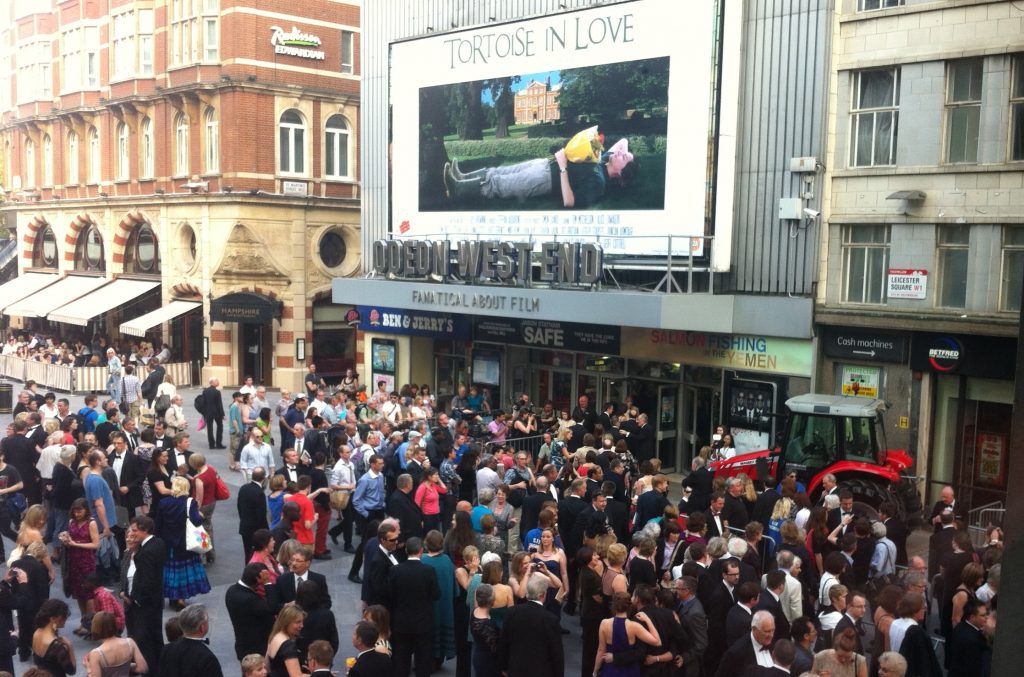 Simon Dando, who has lived there many years, led the village effort:

When I heard Steff was standing for election I was delighted. I first met him in 2008 when we started making the film. In the space of a few months the project transformed the lives of so any people living in our village. I don’t share all of his views on national politics but I can vouch for him as someone who will do whatever it takes to make things happen for the community. If I were in Norfolk, he’d have my vote.